Warning: "continue" targeting switch is equivalent to "break". Did you mean to use "continue 2"? in /homepages/2/d108245984/htdocs/btf2017/wp-content/plugins/gravityforms/common.php on line 1276

Warning: "continue" targeting switch is equivalent to "break". Did you mean to use "continue 2"? in /homepages/2/d108245984/htdocs/btf2017/wp-content/plugins/gravityforms/common.php on line 1313

Warning: "continue" targeting switch is equivalent to "break". Did you mean to use "continue 2"? in /homepages/2/d108245984/htdocs/btf2017/wp-content/plugins/gravityforms/common.php on line 1317

Warning: "continue" targeting switch is equivalent to "break". Did you mean to use "continue 2"? in /homepages/2/d108245984/htdocs/btf2017/wp-content/plugins/gravityforms/common.php on line 1345

Warning: "continue" targeting switch is equivalent to "break". Did you mean to use "continue 2"? in /homepages/2/d108245984/htdocs/btf2017/wp-content/plugins/gravityforms/common.php on line 3536

Warning: "continue" targeting switch is equivalent to "break". Did you mean to use "continue 2"? in /homepages/2/d108245984/htdocs/btf2017/wp-content/plugins/gravityforms/common.php on line 3543

Warning: "continue" targeting switch is equivalent to "break". Did you mean to use "continue 2"? in /homepages/2/d108245984/htdocs/btf2017/wp-content/plugins/gravityforms/common.php on line 3556
 Belief in Action | Berlin Travel Festival
Skip to content
My favorite events

Warning: Use of undefined constant image - assumed 'image' (this will throw an Error in a future version of PHP) in /homepages/2/d108245984/htdocs/btf2017/wp-content/themes/btf/template-parts/content-post-header.php on line 28

As a senior advisor to Oceana, a National Geographic Explorer, and co-founder of the Berlin-based Good Impact Foundation, filmmaker and environmentalist Alexandra Cousteau continues the legacy of her famed grandfather and father, Jacques and Philippe Cousteau. Even while facing the natural world’s precarious future, she champions an optimistic approach that emphasizes impact through everyday action. 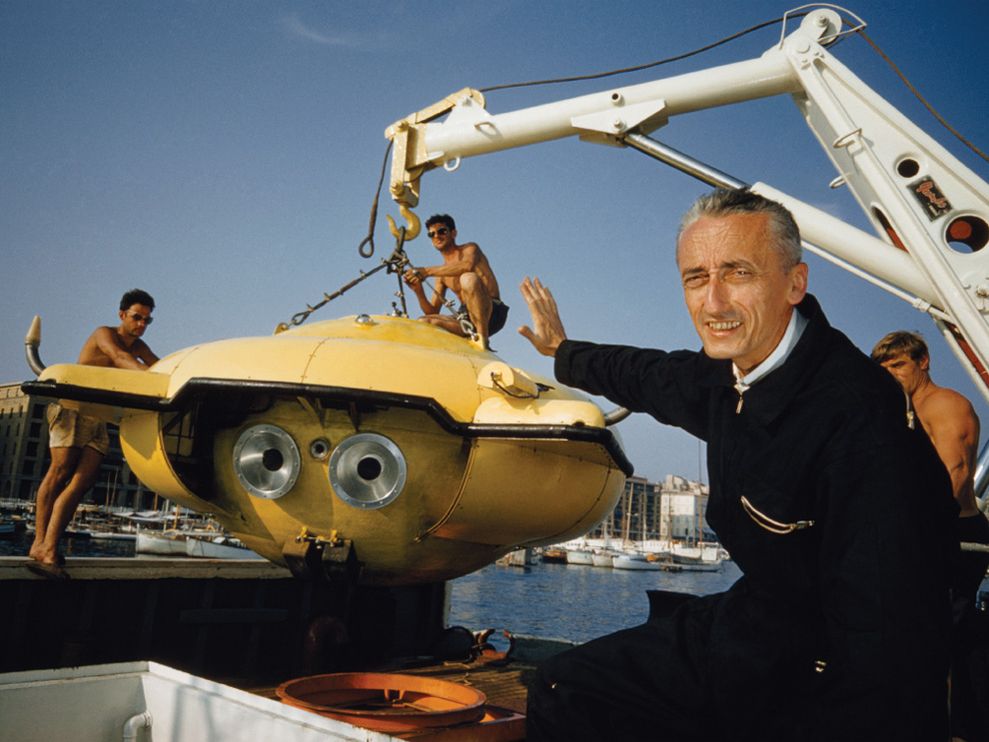 How has your grandfather’s legacy as an ocean explorer evolved?

Following World War II, in the 1940s, there was everything to explore in the oceans—no one had been below the surface of the water, people still thought there were sea monsters! At the time the focus was on rebuilding Europe and displaced people. My grandfather was in the French intelligence and a French Navy Captain, he had also been part of the French Resistance. By 1943, he had developed the Regulator with Émile Gagnan and received permission from the Vichy government in France to test his diving equipment in the ports as a way to find mines. After that, he started his campaigns. In the beginning, he didn’t have a conservation mindset. No one did at that time; there was an abundance, there was no need to think about conservation. It was over time, as he witnessed the decline in the diversity and abundance in the world’s oceans, that his conservation mindset developed. In the 1960s, it became apparent to him that there was a problem.

Today, there is a fraction of what my grandfather saw sixty years ago. We’ve learned more about the oceans than at any other time in human history, at the same time we’ve lost more than ever before. Something that’s discussed at NatGeo among the explorers is: What is exploration today? What does it mean? On the one hand, there’s a lot less to see, on the other, there are a lot more ways to see it. It’s much easier to get places, make films and take photos, there are drones—things that my grandfather only could have dreamed of. One of the things we talk about in terms of exploration and how we inspire people to protect the planet is by experiencing it for themselves. And that’s not by going to Señor Frog’s in Cancun, but by experiencing the world in a way that supports local communities and is an authentic, sustainable experience that you can bring back and share with others. What my grandfather used to say is that people protect what they love. And they love what they know. We can’t expect people to protect places that they’ve never experienced. 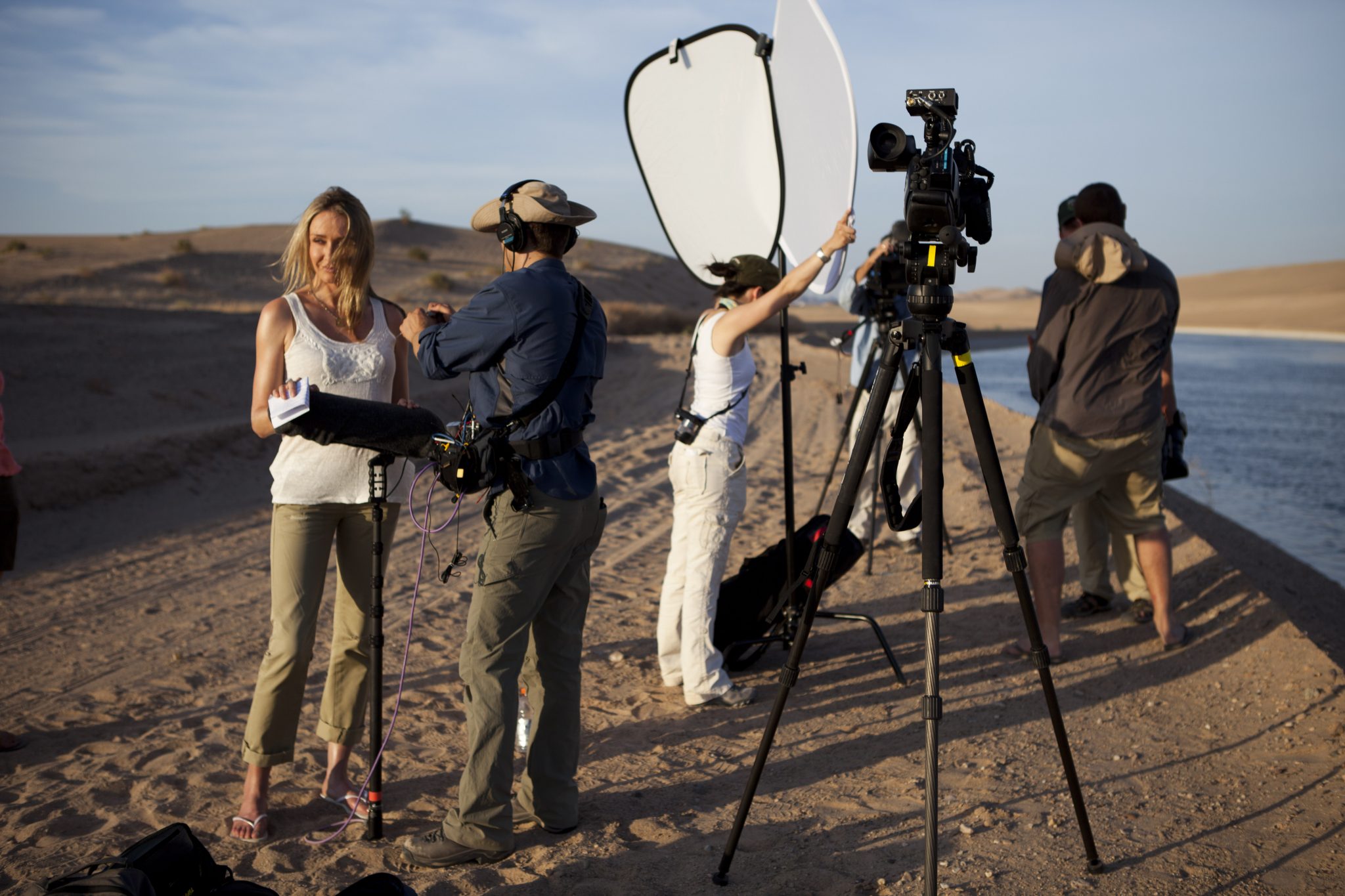 How do you think the world should be traveled?

There are many different ways to see something. I encourage people to travel with a conscious, a purpose, and to leave something behind that benefits the local community and the local environment. I think it’s a conversation we should be having. Unfortunately, people don’t know what their options are. Great example: cruise ships are the bane of existence to anyone who cares about the ocean. But there are other ways to travel that aren’t necessarily more expensive. I have friends who have traveled the world with a backpack. They’ve volunteered, and they’ve helped, experienced the world, and created friendships and relationships. It’s not about luxury travel; it’s about purposeful, meaningful travel that leaves places better than you found them and that gives you lifelong memories to bring home.

There are a lot of things to solve in terms of travel, like carbon offset. But there are also more and more solutions. The more you promote the solutions, the more people will use them, and the more mainstream they become. There’s never a perfect solution at any one time—it took a lot of time to create the problems, and it’s going to take some time to figure out the solutions. 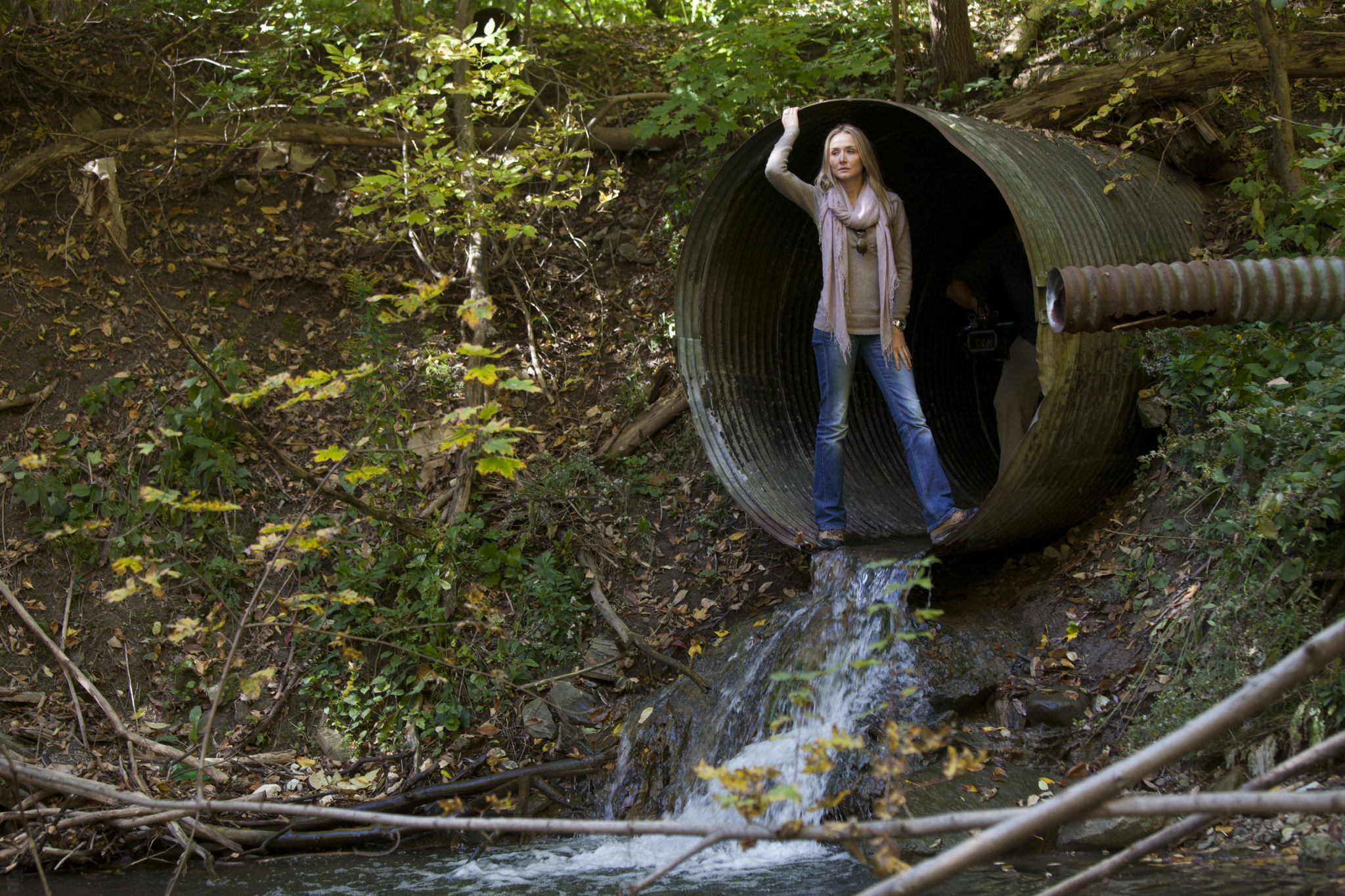 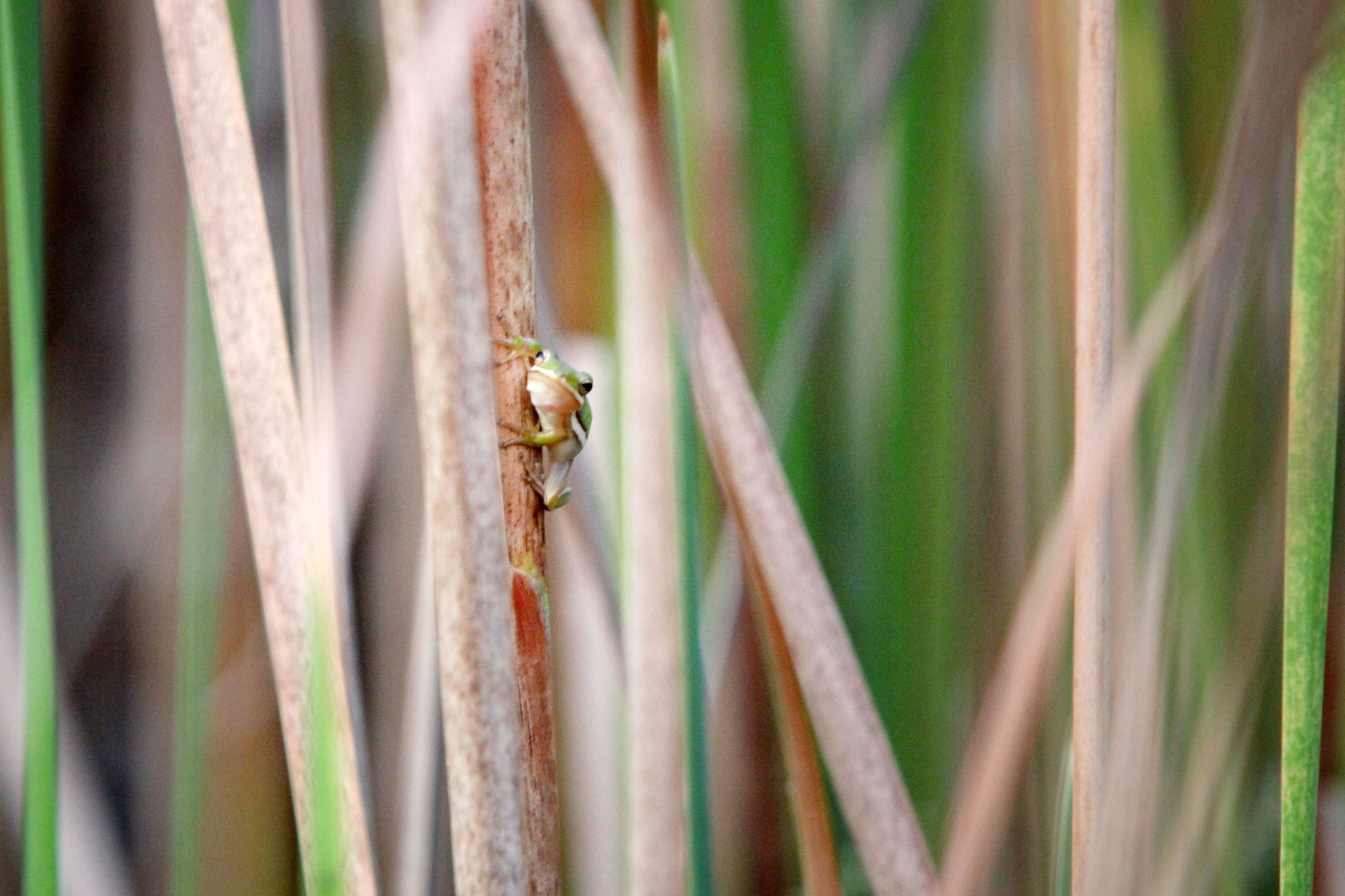 What can the average person do to minimize her or his effect on the environment?

There’s so much we can do—the future is the result of our everyday choices. Like the issue of seafood fraud, for example. By not being mindful of what fish you’re eating you might be supporting piracy, human rights abuses, and the fishing of endangered species. In the United States, there are 700 species of edible fish in territory water, and we only see the same twelve. We should be eating a more diverse range of fish and eating smaller fish that reproduce more quickly. Nobody should eat Chilean sea bass, bluefin tuna, swordfish, or shark. Download an app that tells you what fish you can eat. Also, non-toxic cleaners aren’t expensive. I use baking soda and vinegar. I love the concept of voluntourism too. It offers a meaningful way to engage with the community and get to know local people and issues. If that’s not your thing, it’s fine to veg out on the beach. Just do it at a sustainable resort! That’s the great thing about traveling today: options. I also research solutions for sustainable fashion and buy a lot of secondhand clothes. I would never buy new Gucci, and I’m not even talking about the cost factor—even though I’d rather give $1000 to charity than spend it on a dress—but I will buy it for $100 in pristine condition on a second-hand site. The RealReal and Rebelle, for example. The marketplace is changing very quickly for travel, fashion, and beauty; I’m continually evolving and making choices in response to these new options and opportunities. 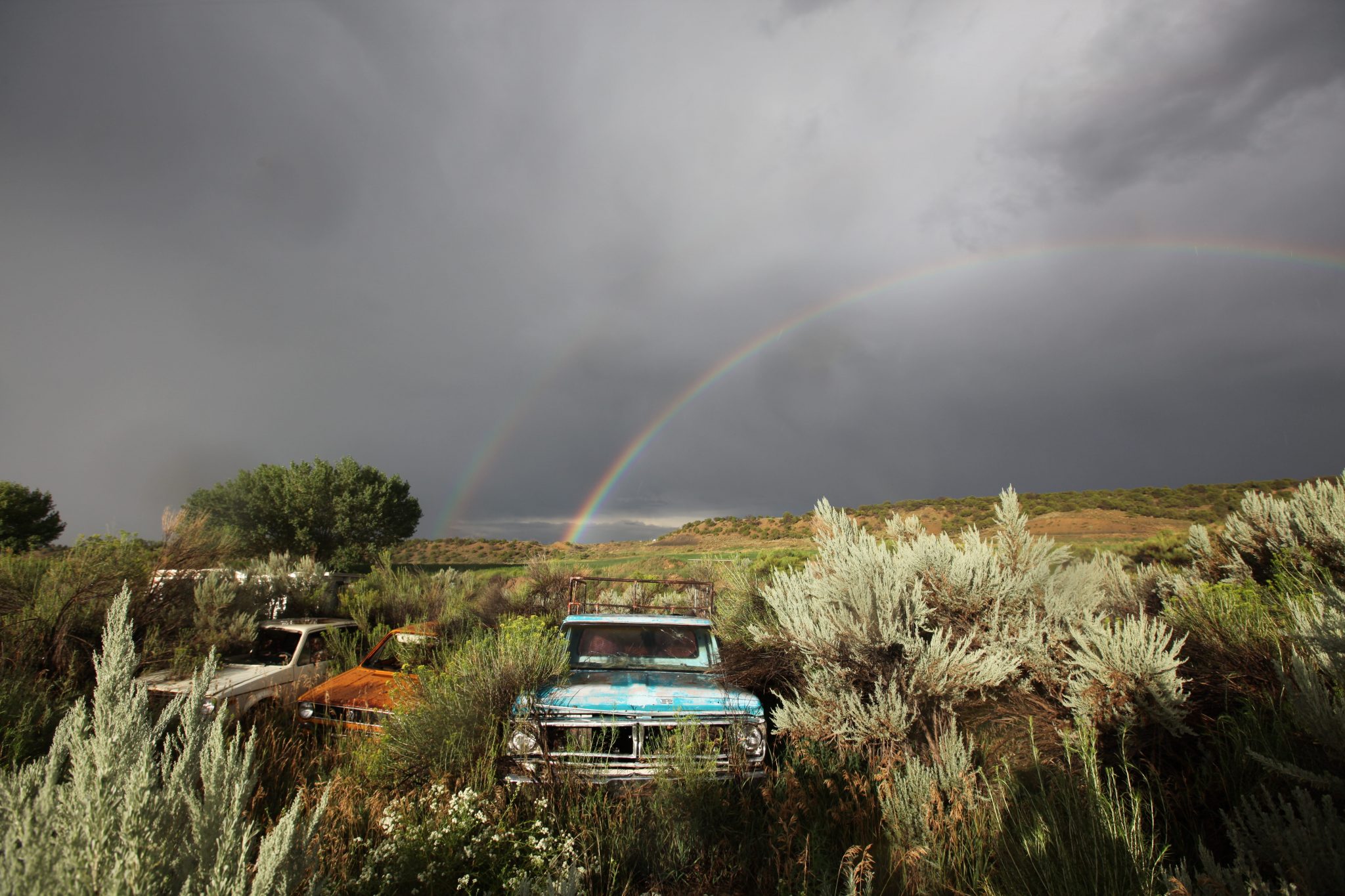 Are we making progress?

I think you can see this at the macro level and the micro level. Progress is never linear. The progress that some of us embraced under Obama others might embrace under Trump. It’s that struggle that has always been there and will always be. The future isn’t going to resemble the past. Today, we experience change quickly, and that’s disorienting. We need to be mindful that disorientation shouldn’t lead to despair, it should lead to focusing on the kind of world we want to build. It doesn’t mean it’s terrible. My husband and I look at some things, and we’re terrified by them—robot soldiers, total loss of privacy—those things are deeply alarming for people who grew up before the internet. At the same time, there is a lot of improvement: the kinds of technologies that are being developed will perhaps promote greater gender equality, better health, and all sorts of other things.

While we’ll never get the world back the way it was fifty years ago, that world is gone, what’s happening to the planet is not a moral dilemma—I see it as a personal dilemma for every one of us, in terms of what kind of world we are living in and what kind of world we are passing to our children. Forget future generations, that’s too far away for most people, just think about your own child. When I think about what the world will be like in forty years, when my son is forty-two years old, I have no idea what the world will be like.

Having grown up with so many stories from my grandfather and my father, watching the evolution of the environmental issues over the generations in my family, I realized I don’t want to be the generation to witness this decline. I don’t want to tell stories about this decline. I’m deeply concerned about climate change, extinction, collapsing oceans, and plastic pollution. 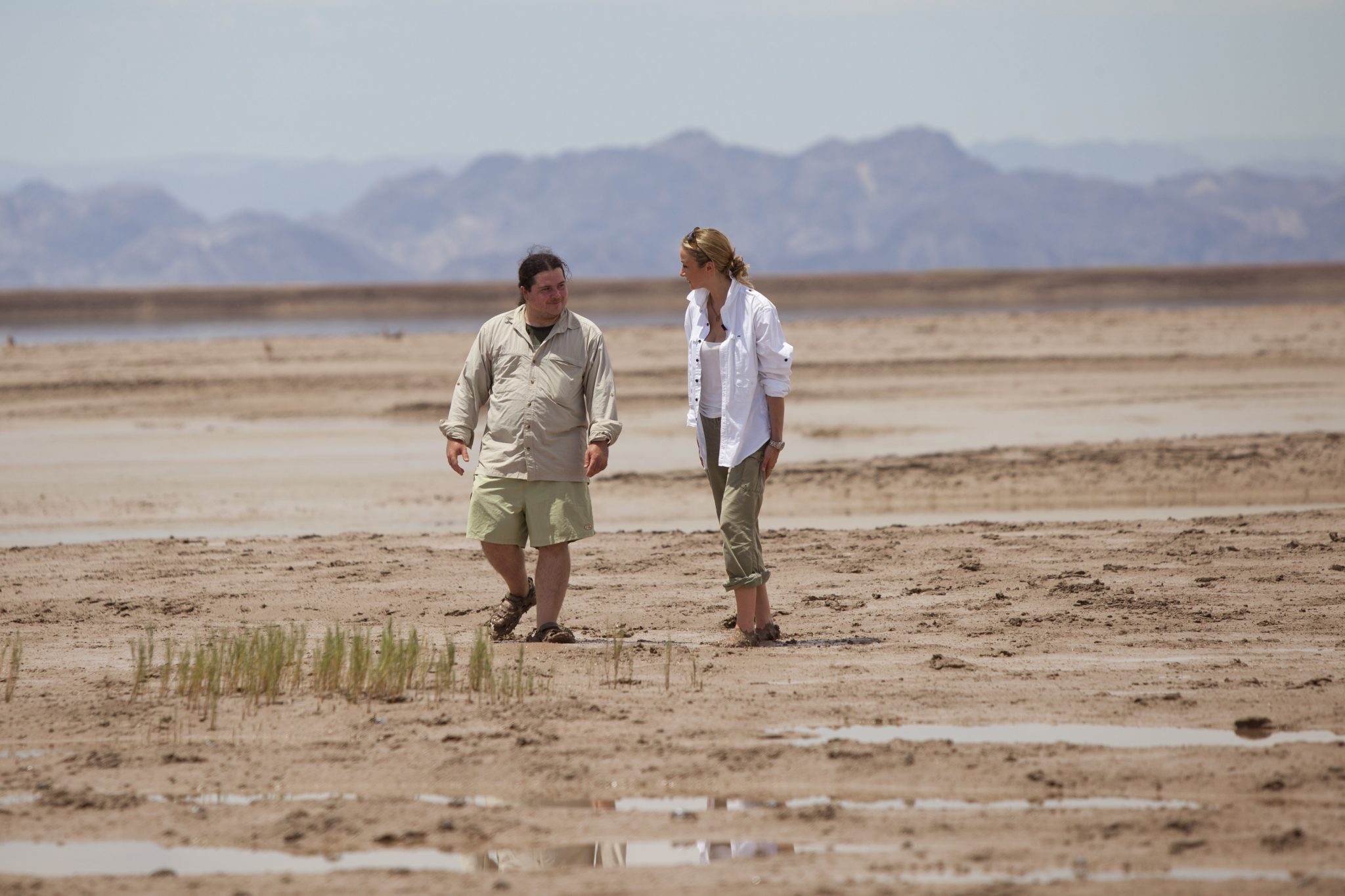 Balancing ethics with convenience can be challenging. What’s your approach?

I think we need to cut ourselves some slack: we can only do the best we can do. Doing things is important: we feel better about ourselves because our beliefs align with our actions. We impact our community through our choices, our examples, what we buy, who we support. We make the difference. We have a positive impact—because the end has not been written. There’s no room for thinking that what we do doesn’t make an impact or that it doesn’t matter. There’s no room for giving up. We make the best choices we possibly can within our means and our life and our location. And we realize that everything we do is writing our future. 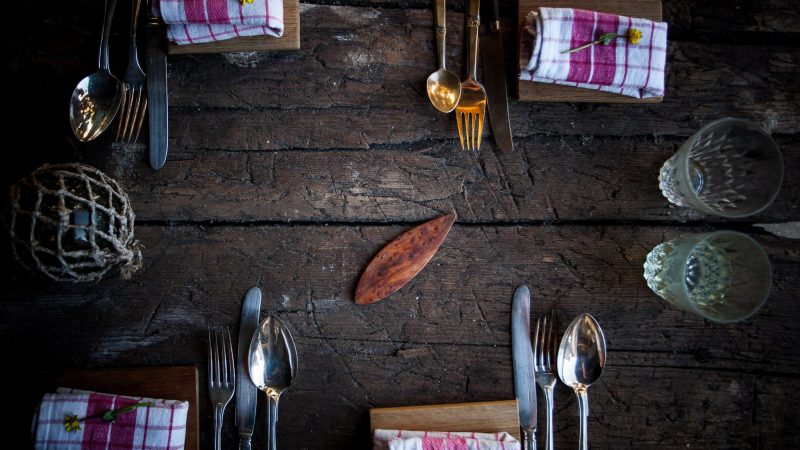 Eat With Your Heart

"If you want shift toward sustainable living...do it collectively. Commit as a group and do... 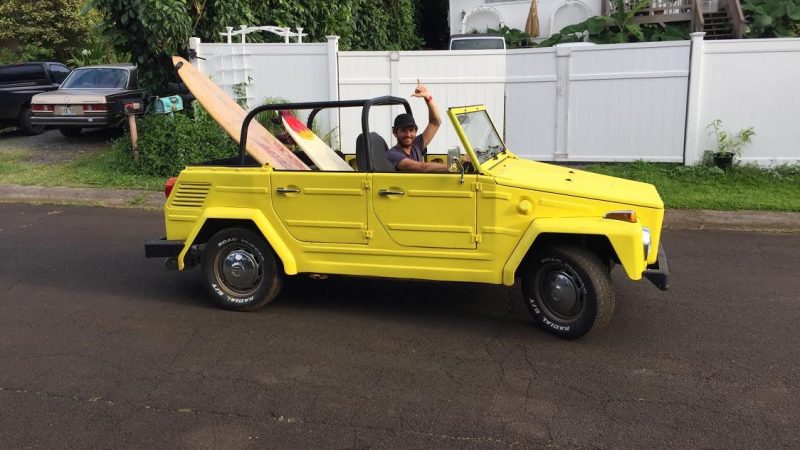 Why Less is More

The festival will feature an experience floor, which will present a curated selection of destinations, experiences, gadgets and gear. 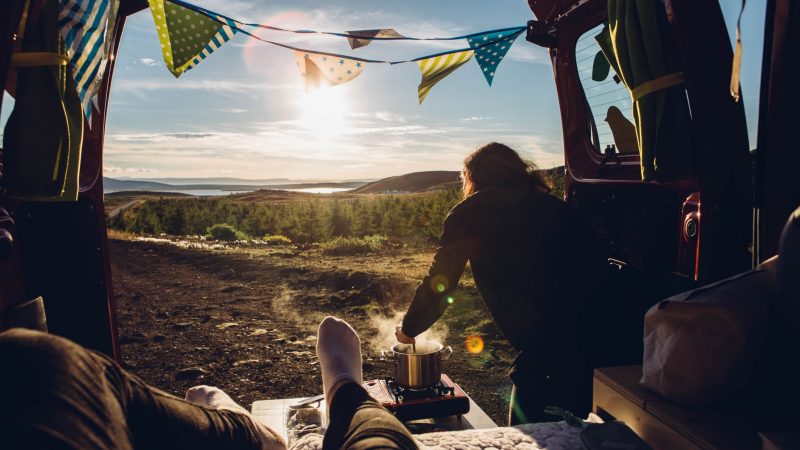 The heart of the festival is the stage program, which will be filled with talks, workshops, pecha-kuchas, demos, music and more. 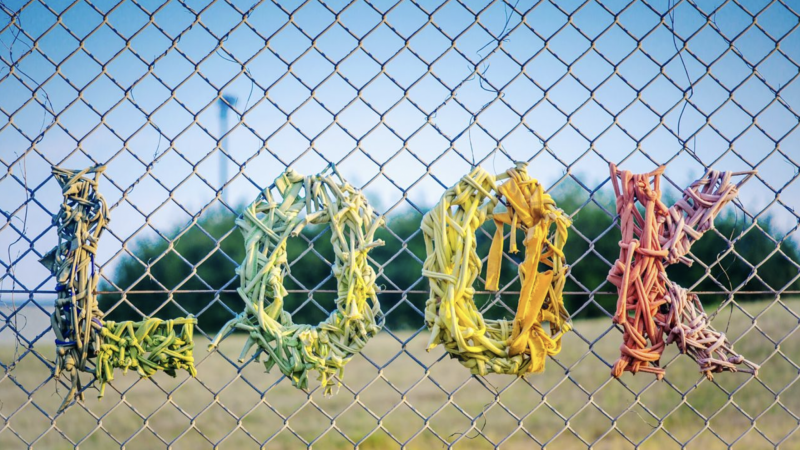 Inspiration for your next trip. Stories about exceptional travelers. Crazy new trends in the travel world. Festival news and more.
This website uses cookies to serve you a better experience and to analyse the usage of the website. As long as you have not agreed Google Analytics, Tag Manager and Facebook Pixel are not tracking you. If you press "Okay" on this cookie bar, the site will be tracked after the next page load.OkayLearn more in privacy policy