Thore Garbers is co-founder and partner of the internationally acclaimed architectural and design firm Garbers & James. Garbers & James is based in London and currently works in the UK, France, Germany, Italy, the Middle East, China, and Africa. Prior to founding Garbers & James in 2006, Garbers was a senior associate at Daniel Libeskind’s Studio (SDL), originally based in Berlin and subsequently in New York and Zurich. Garbers’ most significant experience in his early career was in public cultural, social and educational buildings. He has since developed a specialization in educational projects and museum consultancy, a combination that fits perfectly with the mission of the African Peoples Cooking School. Garbers & James client list includes such world renown clients as the "Tate Modern” museum in London and the “Guggenheim” museum in New York.

Garbers wanted to take the ambitious job to construct the building of the African People’s cooking school because…. “The building will be like an elephant’s footprint and the ceiling like the net around the oysternet. I think at will become a very impressive building and landmark for Tanzania.” . 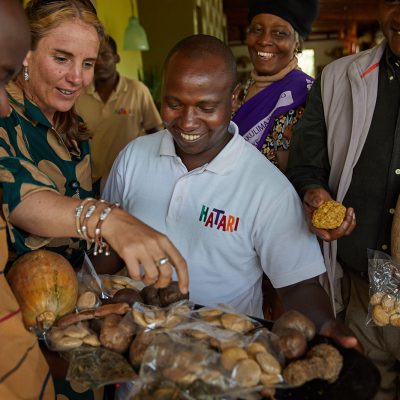 Learn how to live consciously with food, heritage, and culture. The African People’s Cooking School (APCS) is an institute for sustainable living. It was founded as a solution… Read more